What People Speak Up Means To Its Participants

People Speak Up is a lifeline to its many participants. A place to meet other likeminded people and to share stories, poetry, and the occasional piece of music. People Speak Up has a range of platforms on which its participants can engage, including Spoken Word Saturday, Story Care and Share, Young People Speak Up, and much more. With new projects starting often, there are plenty of opportunities for people to find People Speak Up and to join the growing community.

To find out what People Speak Up means to its participants, I have spoken to a few regulars. 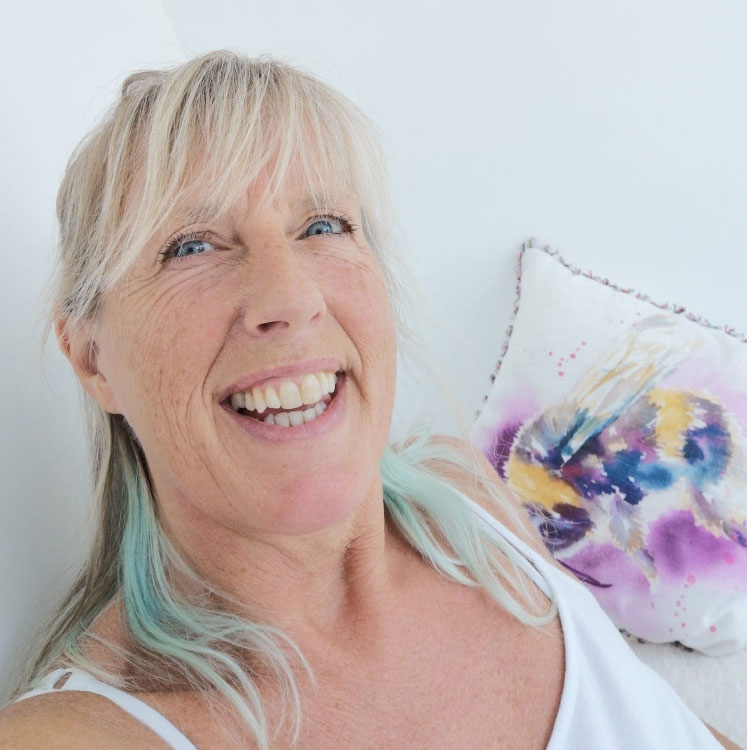 DebS found the People Speak Up community via a yoga session with no yoga. It was through seeing the poster for the event that she found out about the other projects hosted by People Speak Up, in particular, Spoken Word Saturday.

Nervously, DebS attended her first Spoken Word Saturday in Parc Howard back in 2019. She intended to sit near the back so she could make a hasty exit if she felt overwhelmed or uncomfortable. Fortunately, she felt the complete opposite. She gained confidence through listening to the poems, stories, songs, and music that other attendees all performed. DebS then read two of her own pieces at the event and was heartened by the positive response.

"Write About Me" was the other program that DebS joined, and this cemented her presence in PSU while building her confidence and making her feel like part of the People Speak Up family.

This was a series of sessions led by Alun Gibbard to encourage and help writers who were writing their autobiographies. DebS had already decided to write part of “her-story” about the time in her life when she got divorced, became depressed, had suicidal thoughts. The story looks at how she changed from that person to the more positive, optimistic person she is now. She found these sessions helpful, fun, informative, educational, useful, and more.

Lockdown restrictions meant that DebS was able to start attending the digital Story Care and Share sessions, having previously been unable to attend. She says:

"SCS has become my Wednesday morning lifeline. For me, the fact that it is online has given me more confidence to share my work as I am quite shy in groups in the real world. The screen gives me a certain anonymity. The screen allows me to hide the shy part of myself in some way, and each week that shy part decreases. I now have a new family; a family of caring, understanding, empathic, non-judgemental, fellow writers. I love the mixture of ages, abilities; mind-sets; personalities, and the sheer acceptance from everyone of each other’s efforts to share and decisions not to share." DebS Byers

When I was seen; when I was heard
At first my heart soar and sang
My head filled with elation
But a couple of alarm bells rang.

When I was seen; when I was heard
What if they think I’m dumb;
That my poems are crap and old-fashioned
Measured by their own rule of thumb?

When I was seen; when I was heard
I felt it was time to tell my story
So I sat and wrote a memoir and poems
But it’s not for the fame and the glory.

Now I am seen; now I am heard
I know what it’s like to shine
To be heard and seen in groups such as this
Is a feeling that’s oh so divine.

Now I am seen; now I am heard
My confidence has grown so great
And I want now to help others as well
To remind them, it’s never too late! 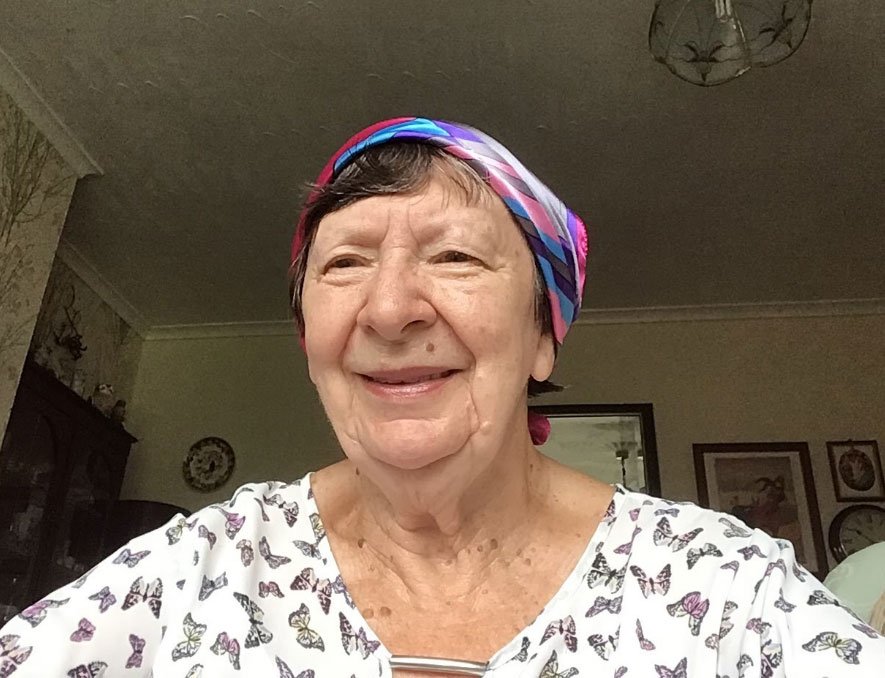 Hillary first heard of Story Care and Share and People Speak Up when she picked up a leaflet at the Ffwrnes when attending a Spoken word Saturday about two years ago.

Hillary’s husband had recently passed away and she felt at a loss as to what to do with herself. She went to a Story Care and Share session in the hope that she might find company and solace. She found both and so much more, and People Speak Up has been life-changing for Hillary.

Hillary finds every session magical. The guest facilitators and what they bring, and the people that she now calls friends. The sharing of poems and stories and People Speak Up director Eleanor’s enduring cheerfulness and empathy at every session.

"I think what has helped me most is the friendship. The trust and the honesty of some wonderful people. Being able to share my deepest emotions through poetry and stories and the privilege of listening and being allowed to share with others."Hillary Wickers

With regards to how lockdown has affected her, Hillary says:

"For me, lockdown has been lonely. Because I was shielding alone the PSU Zoom sessions was for months my only contact with the outside world. The twice-weekly sessions were a lifesaver."

Words.
it was something I said often.
Without thinking.
Over the phone,
at the door as you left for work
or went off to the rugby.
I love you.
Take care, be safe.
And you always replied
I love you too.
But now my words hang...
suspended in the silent air.
A constant, painful reminder
that you're no longer here.

Story Care and Share is currently run via Zoom on a Wednesday morning and Friday evening. Spoken Word Saturday is held every second Saturday of the month.

If you would like to take part in any of the projects run by People Speak Up, or you’d like to find out more, get in touch today.